Last day we visited Suprasl, a monastery and book-printing museum.

The trip was rich of experiences. What did we learn? That the 19th century industrial men often come from abroad.That the wars made a change everywhere, That Eastern Poland is multicultural with orthodox, catholic and lutheran impacts. That the language of handicraft is international. That museums open up better with enthusiasm and when you can do something yourself.

On the third day, we visited Bielsk-Podlaski, a historical town of ca. 25000 inhabitants, established on the 12th century. Bielsk-Podlaski is south from Białystok, on the region that has Belorussian, Lithuanian and Polish features in its culture.

The lively Museum of Bielsk-Podlaski is completely focused on traditionally decorated hand towels and preserving hand skills. Exhibitions, publications and workshops all support their aim to make the hand towels and culture related to them better known. What a wonderful souvenir: we had a refreshing workshop where we painted a traditional Polish flower pattern on a cotton bag.

The House Museum ("Little Motherland Museum") in Studziwody was a nostalgic experience. The museum and its keeper Doroteusz Fionik preserves the memory of a Belorusian farmer family and their lifestyle. 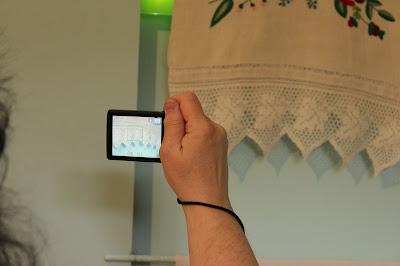 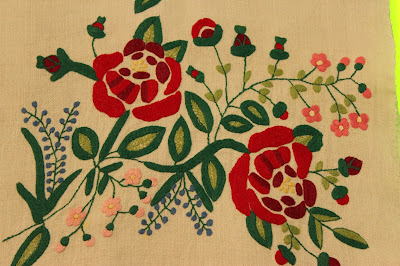 Białystok is the capital and the biggest city of Podlaskie Voivodeship in Eastern Poland. The city has a remarkable textile history, but it is nowadays vanished, except this one factory building that got its revival as a shopping mall.

On 21st of May 2015 we had a long guided walk around the city, met local politicians and managers, visited the new opera house and had a meeting with people from local citizens' organizations.

The last part of Re3 Grundtvig learning partnership took place in Poland, in the 20th to 24th of May 2015. Our partner OWOP had arranged us an interesting four-day programme, during which we learned about textile heritage, culture and organizations activating citizens, mainly in Białystok and surroundings.

But the first day we visited the the textile museum in Łódź: famous and perhaps the biggest in Europe. This huge and inspiring museum showed several exhibitions on history, on contemporary textile art or arranged after theme (like jacquard, carpets, fashion..).

On a search for a form!

First there was a blank scarf.
It was crinkled and mixed in a pot
yellow as the sun, white as the snow
in different tones mixed, washed, dried…
It travelled by land
It travelled by air
to be shaped to a textile rose.
Even though it looked finished
there was still something missing.

What?
We just have to wait and see.
On 28.-31. August 2014 Re3 -project members gathered to Forssa to meet and get to know the local heritage, textile and take part on local Art Häme event. Our guests arrived on Thursday 28. August and on the first day in the program was visit to Art Häme opening in the Community Hall, taking part on Moron-tossu and textile flower workshops and in the evening welcoming party. Before the party we went to the A. W. Wahren statue and strewed the statue with flowers made on daytime in the flower workshop, to honor his legacy.

In the welcoming party our quests got a glimpse of the local history through participatory drama in the museum´s exhibition. First they had to find a traveler´s bag, look inside it and think, what kind of person could have owned the bag. Strange enough, while they were thinking about it, a strainger joined the group and he started to wonder why we were all around his bag. We were busted, but luckily he did not mind it and instead of wondering, we got a chance to ask directly from him. Where he comes from? Why he was here?

We found out, that he came from Tammela and was looking for a work in the factory. He was not a man but a boy, an orphan, 14 years old. The drama ended on a game, where it was established that non of us could get work from the factory and we continued the evening on discussion and local food.
On the second day, we guided our guests to the history of the Weaving Mill area and also we went for a visit to Tasapaino, Finlayson outlet and Outi Silfvenius atelier. We wer not only walking and looking around, no, in Tasapaino we had a opportunity to press our own linen.

Later on the day our Polish and German Re3 -members presentated the project and themselves to locals in Forssa museum, took part on the Silent film festival and for the evening headed to a internation dinner with music and good food.
On the third day, our guests had possibility to take part on the Art Häme and Silent film festival events as they wished and in the afternoon we made a trip to the Korteniemi Heritage farm to think the project future around a camp fire.
All the good comes alway to an end and also our Re3 meeting in Forssa. The final fourth day came and we headed to Turku to see the castle, ships and international market and form there to the Helsinki airport.
Overall we had wonderfull time and creative new ideas... eagerly waiting for the next meeting in Poland.
Text: Minna Lehtola
Lähettänyt Forssan museo klo 6.04 1 kommentti: